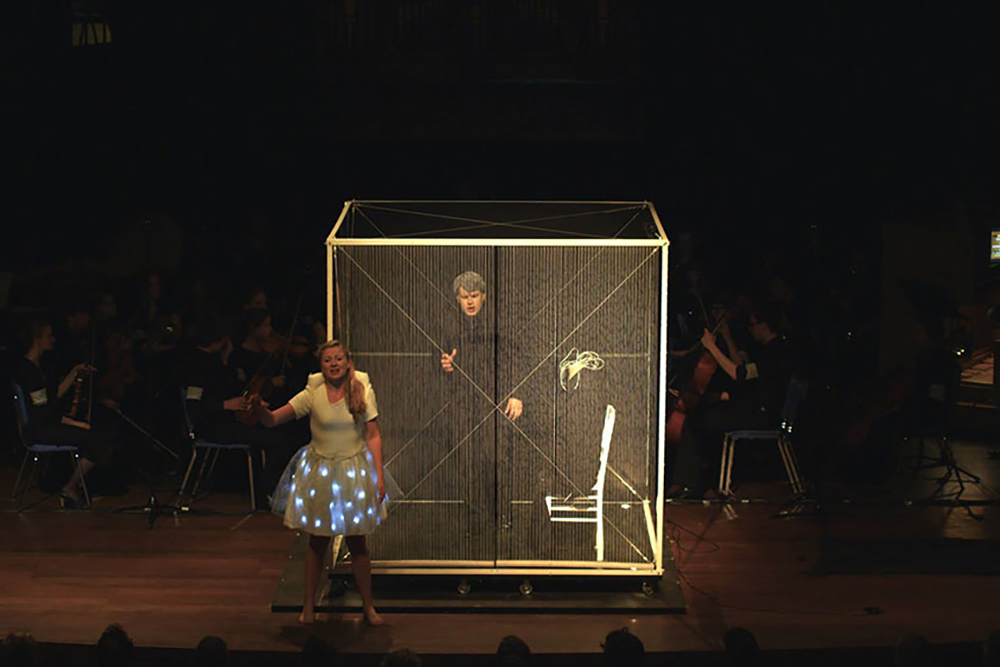 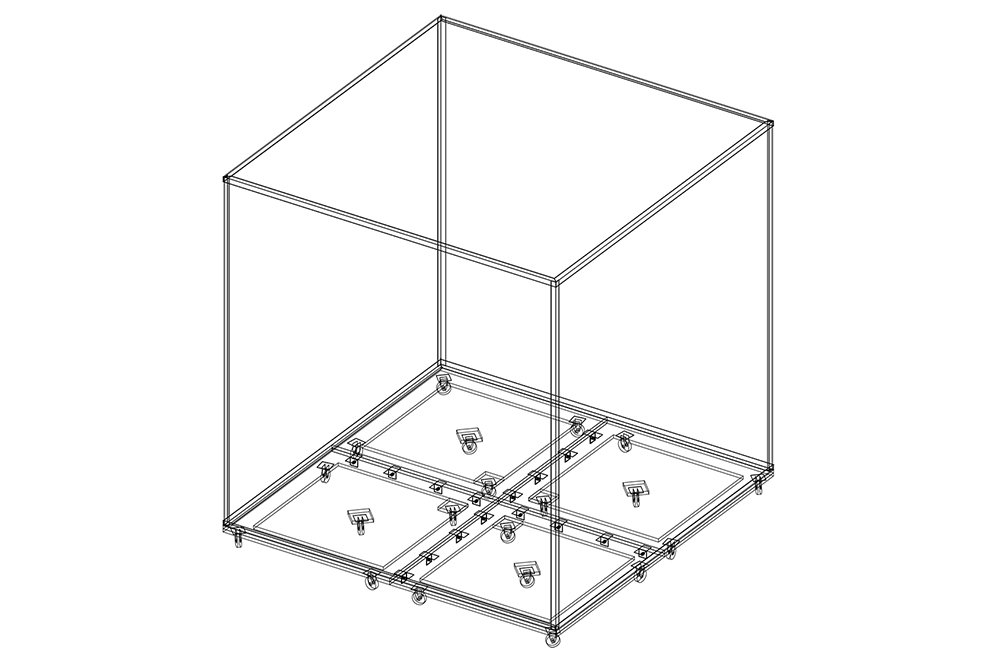 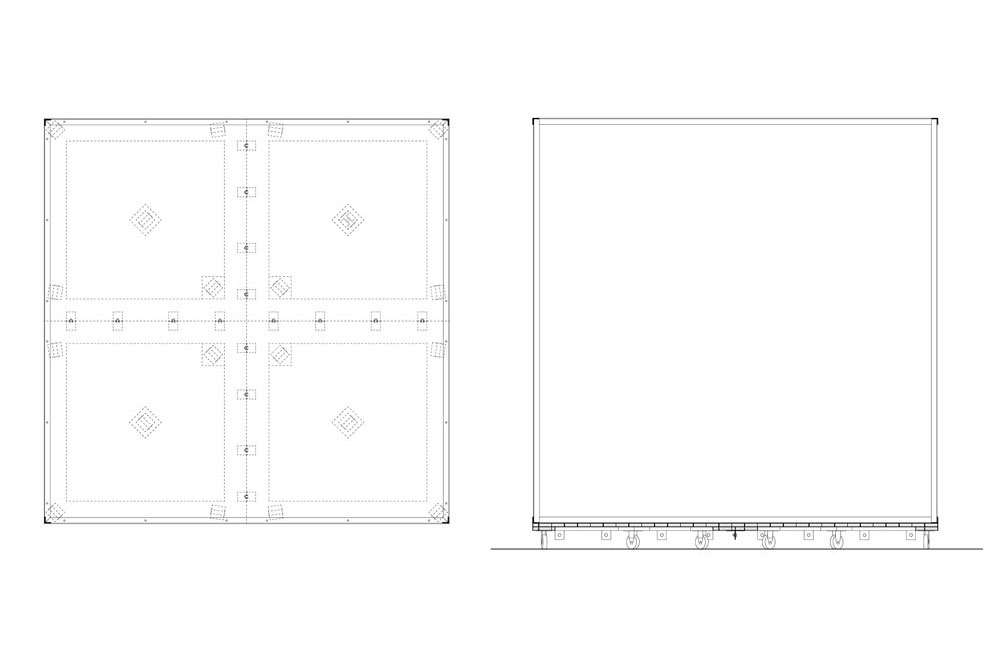 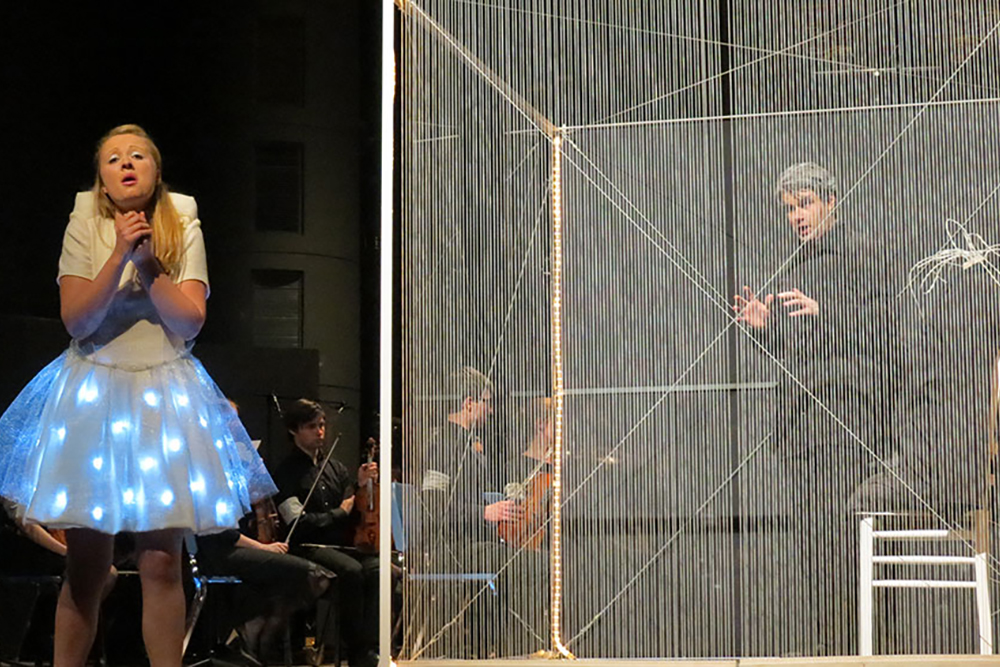 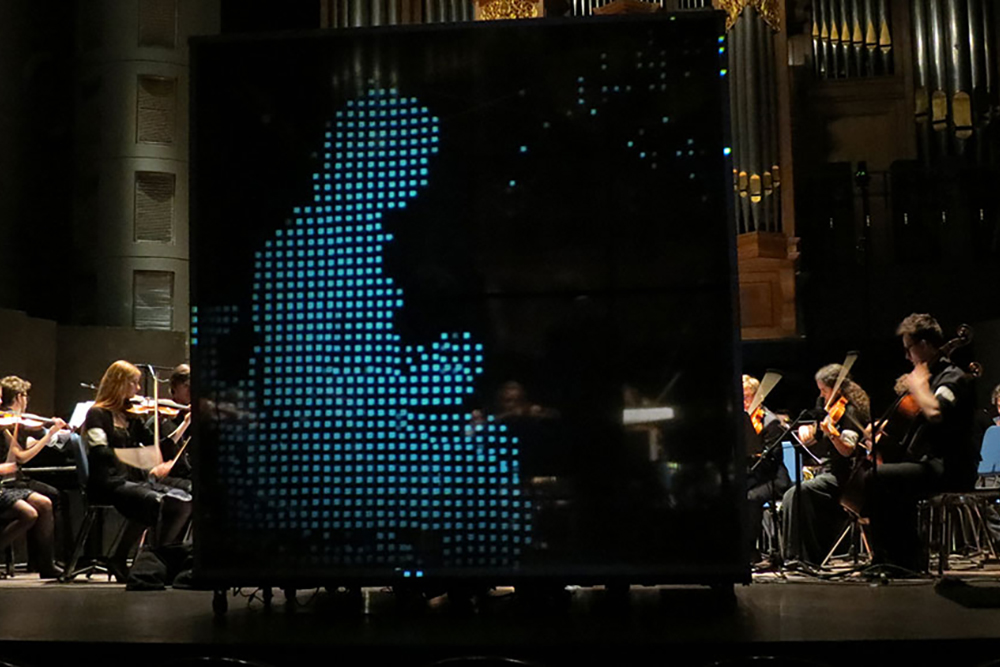 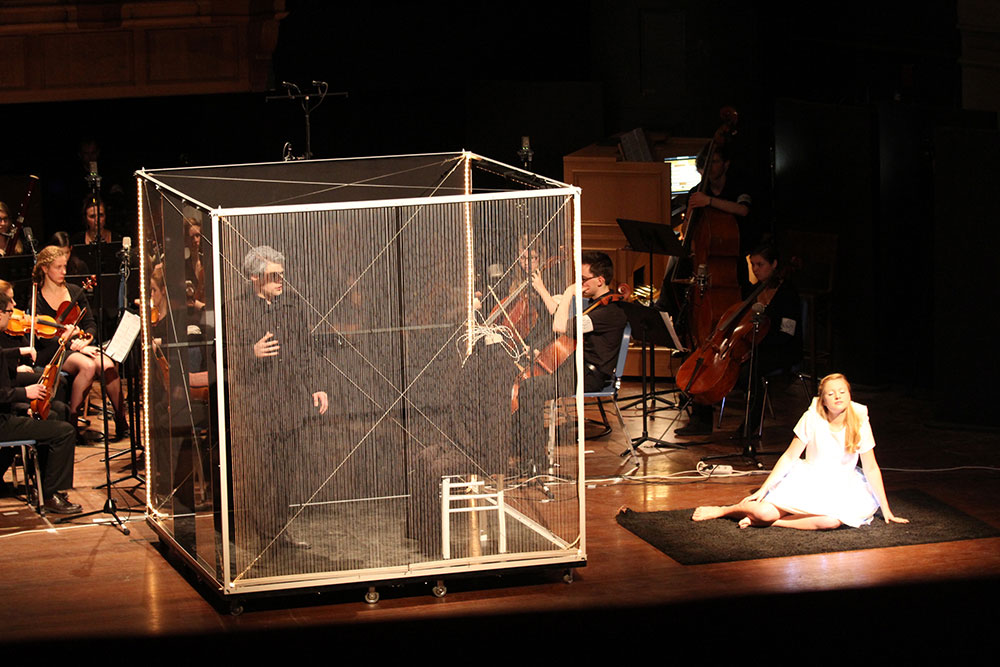 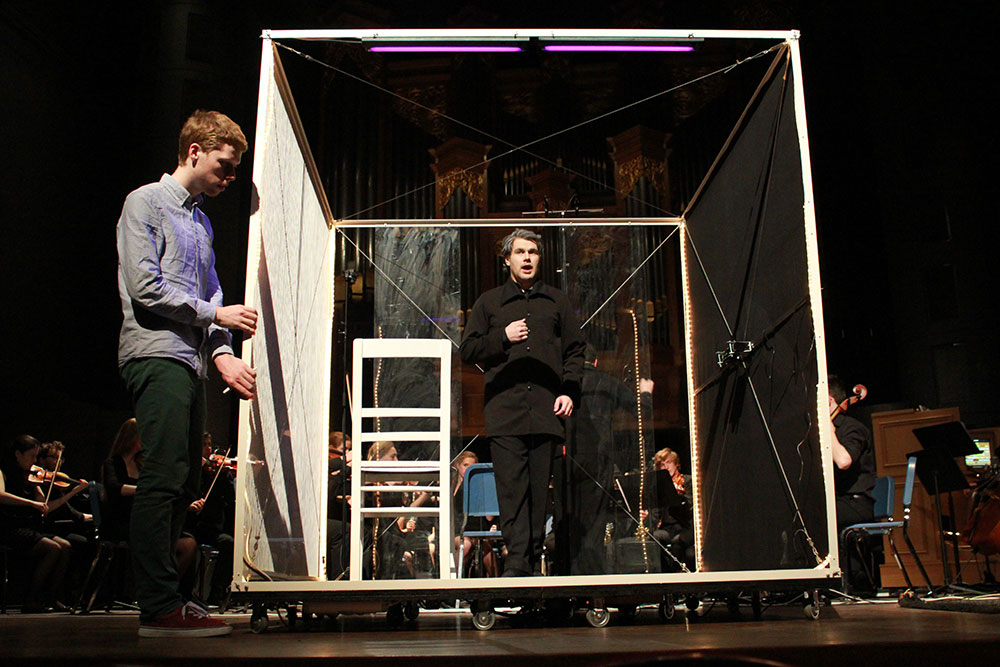 Project description:
Scenery and graphic design for an opera by Benjamien Lycke. Some prevarications by the astrophysicist Dr. Neil deGrasse Tyson form the inspiration for Acubens. In a lecture he tells the story of the influential imam Hamid Al-Ghazali who claimed that “manipulating numbers is the work of the devil” and by that made an end to thriving scientific research in the Middle-east a millennium ago. Tyson subsequently expresses a fear for a modern Al-Ghazali who would force scientists to work in secret.