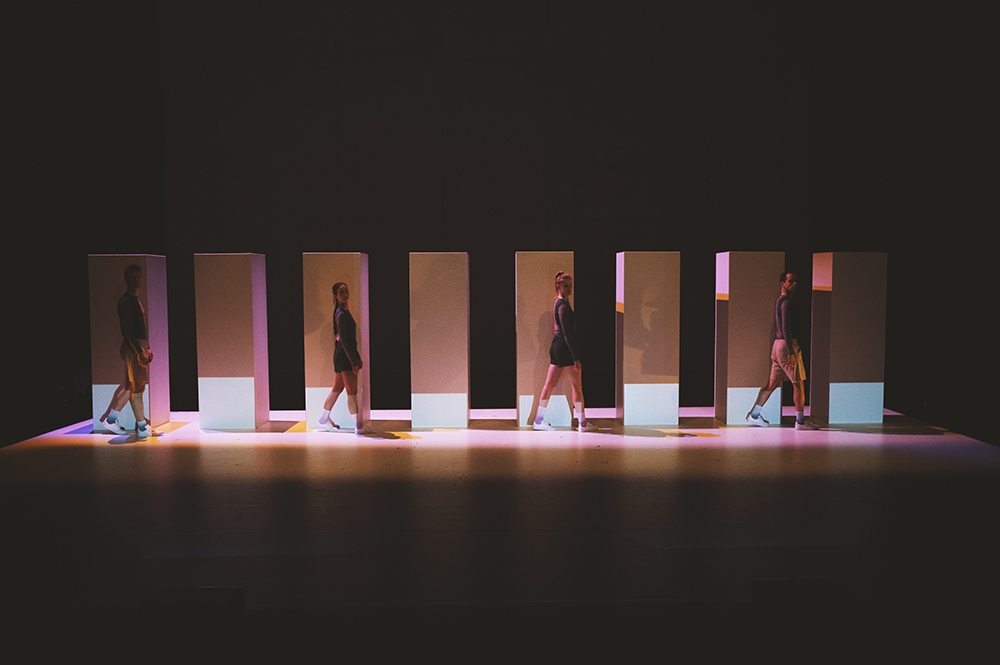 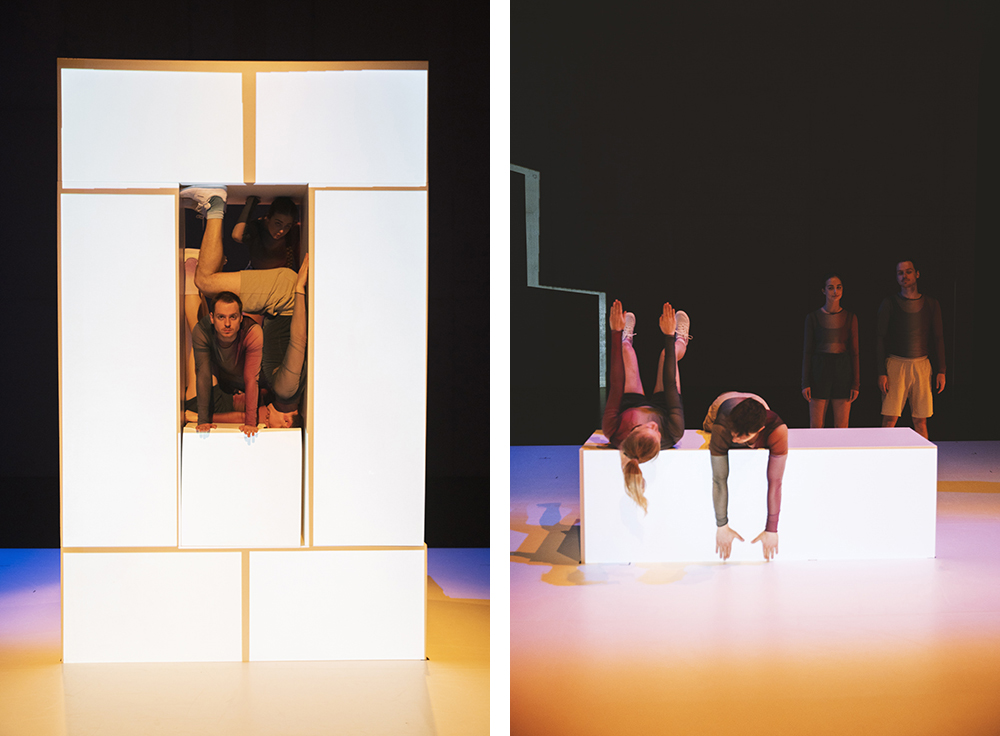 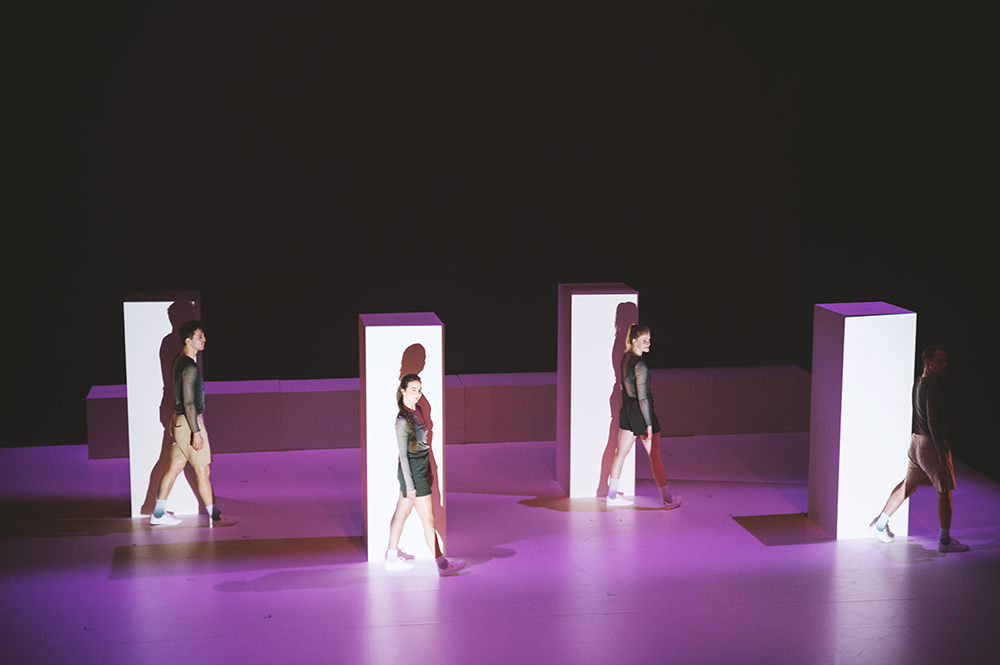 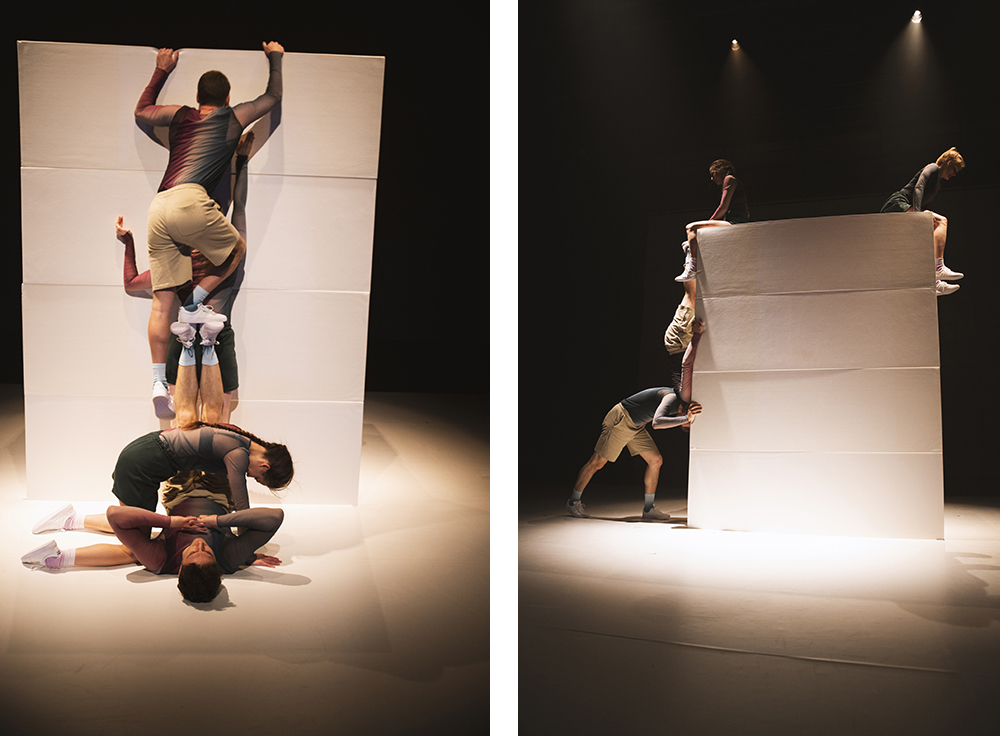 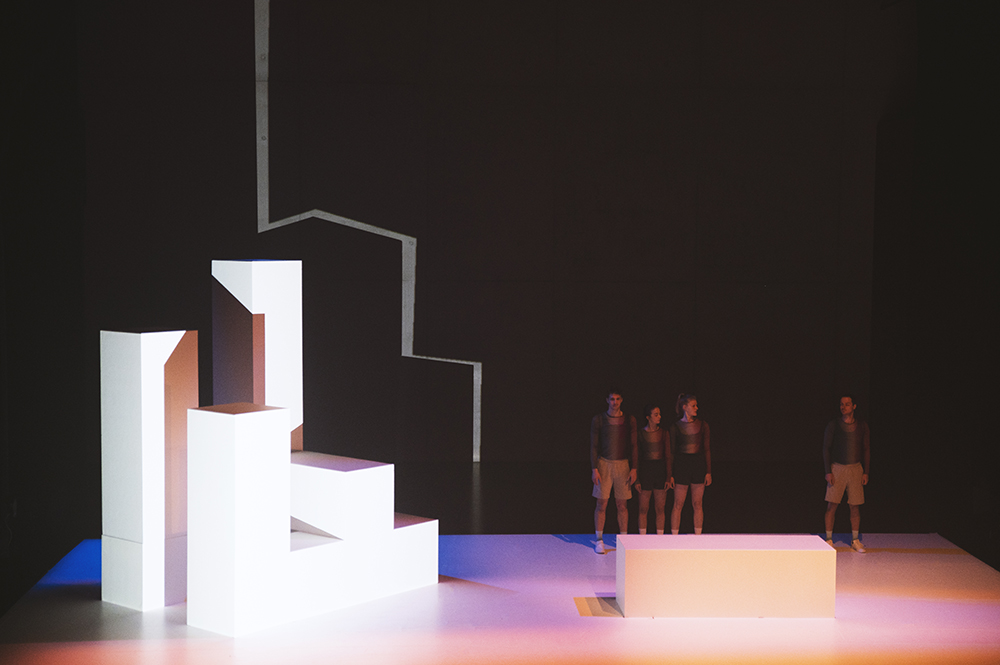 Later when I’m bigger …
But what is big?
And what’s next?
I can now effortlessly defy a step that I couldn’t reach a while ago.
A chair that was too high to crawl on is now a small chair! Not to mention the toilet…
Perspective is relative because when I grow up, everything around me becomes small.
However?

When your growth spurt goes so fast that the objects around you seem to change instead of you, you end up in an absurd world. This is topped with fantasy and you get the tension between imagination and memories that Talitha De Decker and her team work with.

The performance uses Lightform, a recent technology with which the dancers can be projected larger or smaller. In this way the ‘perspective’ story is also visually staged. The result is a stimulating play with and between the dancers as they move on stage and their reduced or enlarged projections next to them. It is not invariably the life-size characters that direct the movements and the course of the performance; just like the audience, they are carried along from one change of perspective to the next. Also objects appear in their normal form and in reduced or enlarged version…

Fresh music, cool movement puzzle pieces and a sophisticated scenography ensure a fusion of fantasy and reality. A play of colours and surfaces especially for little people with big dreams.